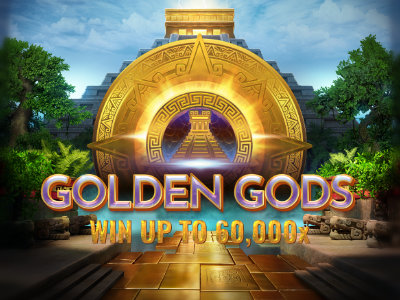 Join a group of worshippers gathering to seek a blessing from the Supreme Beings. Developed by Max Win Gaming through Relax Gaming's Silver Bullet programme, Golden Gods plays on 5-reels with 3,125 ways to win.

During your playthrough, you'll find Respin Features, Bonus Rounds, Cash Prize Symbols and Feature Symbols leading to wins of up to 60,000x your stake. Be sure to pay your respect to Golden Gods.

“ All the mechanics blend perfectly for seamless gameplay ”

When you land winning combinations of higher-paying major symbols at the same time as 1 or 2 scatters, then you'll trigger the respin feature that continues until there are no more wins.

Ultimately, you can trigger the Bonus Round by landing 3 or more scatters. These scatters turn into sticky money symbols whilst the others are removed from the game. You'll be given 6 spins where only money symbols or four feature symbols appear with the money locking in place and sticky symbols awarding 3 spins with a modifier.

The regular symbol that lands has a value of 2x to 8x bet whilst the gold symbol has a value of between 10x and 200x whilst also awarding 2 additional spins. If you land the Itzamna symbol, you'll mirror the value of a random symbol and add this to all other symbols.

Managing to land the Ix Chel symbol can lead to two possible options. You can either merge 2 to 4 cash prizes into one position and multiply that by the multiplier in play or the symbol becomes golden to trigger the feature on every spin. Once you land Knich Ahau, you add the sum of all symbols and collect the payout.

Finally, you can land the Chaac symbol that has two options. You can choose up to 3 cash prizes to double their value or this symbol can re-activate a non-active feature symbol. 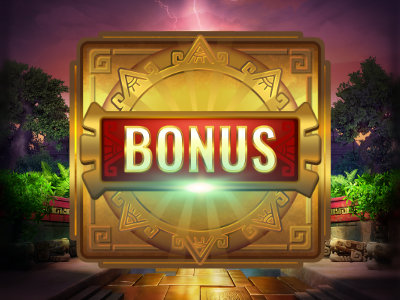 This slot is all about the bonus round giving out 6 spins with only money or feature symbols. You can gain a variety of features throughout this slot leading to wins of up to 60,000x your stake. 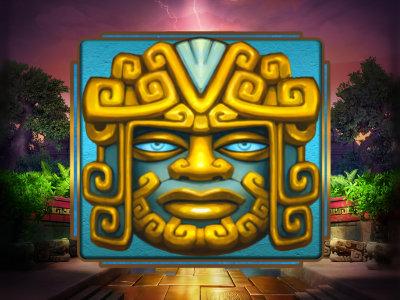 Pay your respects to the Golden Gods in Max Win Gaming's slot in collaboration with Relax Gaming through the Silver Bullet programme. Golden Gods play on 5-reels with 3,125 ways to win along with high volatility gameplay.

During this slot, you'll be able to trigger respins through special combinations along with a Bonus Round featuring free spins and a variety of different bonuses added to the game. Make sure you honour the Golden Gods properly.

You are greeted to a tiki temple when the slot opens up which is surrounded by greenery and wildlife. The wildlife looks fairly detailed but it's flat in terms of animation and compared to the sculptures.

On the reels, you'll notice the four different Gods which act as the special features during the Bonus Round. They each have different colours and look distinctive enough that you can tell them apart.

The sounds are exactly what you'd expect with drum beats, chanting and ambient wildlife noises perfectly building up the atmosphere. Whilst it's expected, the music and sound clearly deliver the tone that they are trying to which is commendable.

The use of respin in the base game alongside the Bonus Round is the perfect balance that leads to thrilling gameplay. During our playthrough, we often found that the respin mechanic lead to the Bonus Round.

At the bottom of the screen, you'll have the traditional gameplay buttons such as spins and bet level with the menus at the top of the screen.

Golden Gods has a high volatility level leading to less often wins, but larger amounts when they do arrive. This slot contains a decent RTP of 96.09% and a hit rate of 44.17% meaning that you'll hit a winning combination in comparison to the percentage so in this case, it'll be just under half of the time.

During this slot, you can win up to 60,000x your stake throughout the Bonus Round feature with the modifiers. Solid wins can be gained through the respin feature as well.

It's no surprise that Golden Gods is a thrilling slot as it's being guided by one of the top developers with Relax Gaming. The respin mechanic and Bonus Round is similar to Money Train 2, but a little more diluted.

Of course, the identity of the slot feels more separate with the tiki theme intact, but there are similarities. Despite the similarities, Golden Gods is worth a spin due to exciting gameplay mixed with an unbelievable win potential of up to 60,000x your stake.

Play Golden Gods now at the following verified online slot sites. These slot sites have been thoroughly audited and reviewed by us to ensure they offer an exceptional user experience, are trustworthy, safe, secure, and boast the best variation of online slots in their portfolio including Golden Gods:-

Enjoyed Golden Gods? Here's a handful of similar slots we think you'll like too. These online slots have been chosen based on features and themes similar to Golden Gods. You might also want to check out other Relax Gaming slots.