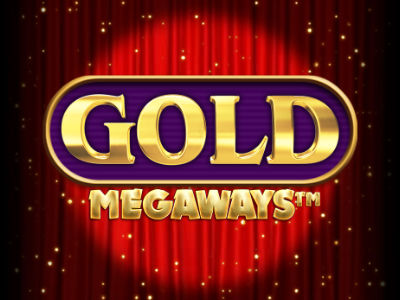 Gold Megaways is a remake of Big Time Gaming's first-ever online slot game Gold! This unique luxury-themed slot features 6-reels and up to an incredibly generous 1,000,000 ways to win (yep, one million!). Not only does this slot have a whole host of features such as multiplied wilds, reactions, free spins and extending reels that could see players win up to 20,200x their initial stake... But it also introduces players to a new Win Exchange feature that can see players exchange big wins for a generous number of free spins.

Gold Megaways is pretty generous when it comes to bonus features and mechanics, players can benefit from reactions, wheel of fortune, wild multipliers, extending reels, free spins and of course the new and exciting Win Exchange feature.

There are three different ways of triggering Gold Megaways' free spin feature. Firstly, the most common method would be to land 3 scatter symbols anywhere on the reels to receive 12 free spins.

The second way to trigger the free spins is by winning between 20x and 70x the player's stake... Players can exchange their entire win for the chance to win 12 free spins on a gamble wheel.

The final way to trigger the free spins bonus is via the Win Exchange feature which is explained in the section below.

Before starting any free spins feature players must first spin a golden wheel of fortune which reveals the player's starting Megaways which can be as high as 117,649.

Gold Megaways introduces the world to a BRAND NEW game feature that we've never seen before, Win Exchange! Whenever players manage to win 70x their stake (or more), they'll be offered the unique opportunity to exchange 70x their stake for 12 free spins, which is unheard of.

During free spins extending reels come into play. Every time an expansion symbol lands on the reels it's replaced by two new symbols, increasing the number of symbols in that by reel by +1.  The reels can extend up to a maximum of ten symbols.

All wilds that appear on a reel with ten symbols will automatically have a 3x multiplier placed on top. 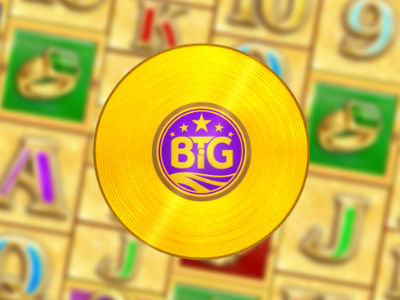 Players can trigger 12 free spins by landing 3 scatters, gambling their win (between 20x and 70x) or exchanging a win worth 70x their stake. 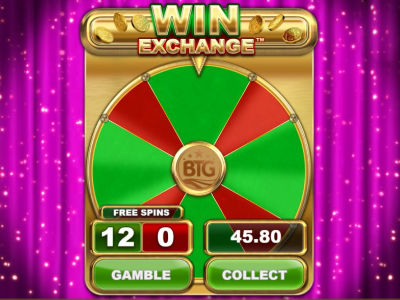 Players can exchange any win 70x their stake or higher for 12 free spins. 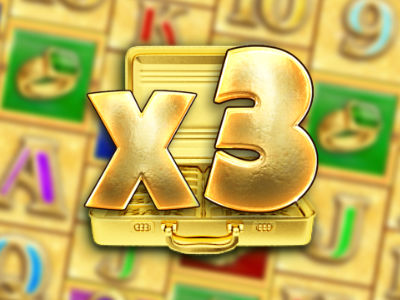 During free spins expansion symbols can land on the reels causing them to grow by +1 symbol. Wilds that land on full reels have 3x multipliers.

We genuinely can't think of a better way for Australian studio Big Time Gaming to celebrate a decade since their first online slot game Gold then re-releasing it with a gorgeous Megaways facelift!

Gold Megaways is 6-reel, 1,000,000 ways to win slot (yes we said one million) that boasts better visuals, a remixed soundtrack and a brand new bonus mechanic known as Win Exchange which sees players able to exchange big wins for free spins! What's not to love?

Depending on your feelings towards the 1980s this game will either fill you with joy or make you feel a little bit sick. The game's soundtrack is none other than Spandau Ballet's hit song GOLD on repeat (what else?), and you know what, despite personally not being the biggest fan of 80s music, I'm all about this! Real licensed music does a lot towards increasing a game's value.

When the reels aren't spinning players will hear the ambient sounds of a real-life casino floor, during base gameplay spins they'll hear an instrumental version of Spandau Ballet's GOLD and during the free spins feature they'll hear the licensed song in its entirety.

In terms of design, everything is similar to the original slot that came out 10 years prior. The game's reels are gold and the symbols that feature are allgold. Low paying symbols are your typical Big Time Gaming 9, 10, J, Q, K, A (featuring a tidy gold trim) and high paying symbols are a gold ring, a gold credit card, a gold car and a gold watch. Wild symbols are a suitcase filled with cash whilst the scatter is a gold record.

If you hadn't already worked it out, this game is pretty big on gold.

Gold Megaways essentially plays the same as most standard Megaways slots, there are 117,649 ways to win during base gameplay which increases to a mindblowing 1,000,000 ways to win during free spins. Whenever a winning combination is formed a reaction takes place which sees the winning symbols removed from the reels, allowing for new ones to fall down in their place.

If you've ever played a Big Time Gaming title before then you'll be absolutely fine when it comes to navigating Gold Megaways.

All of the game's important buttons are located to the right of the reels. the stake selection buttons sit at the top, settings and autospin on the row below and a large spin button below them.

This high volatility slot has an RTP of 96.42% and a maximum win potential of 20,200x the player's stake. If you're lucky enough to win 70x your stake (or more) the opportunity to swap the win for 12 free spins is just too good to turn down, especially considering there are multiplied wilds and extending reels that appear during free spins.

This hugely entertaining luxury-themed slot really shines (as gold should). Base gameplay pretty standard and can be a bit of a slog at times, but when the free spin feature kicks in we found this slot really comes into its own!

Play Gold Megaways now at the following verified online slot sites. These slot sites have been thoroughly audited and reviewed by us to ensure they offer an exceptional user experience, are trustworthy, safe, secure, and boast the best variation of online slots in their portfolio including Gold Megaways:-

Enjoyed Gold Megaways? Here's a handful of similar slots we think you'll like too. These online slots have been chosen based on features and themes similar to Gold Megaways. You might also want to check out other Big Time Gaming slots.