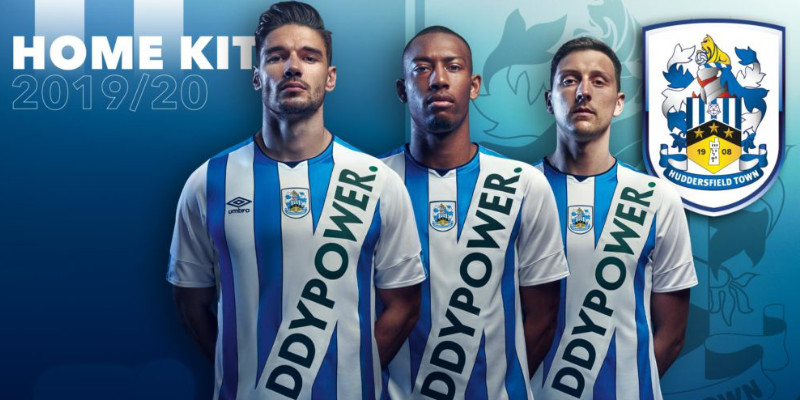 Sometimes brands are known to go beyond their limits in an attempt to advertise and promote their products, but ultimately, there are no companies out there that are quite as outlandish and brazen as casinos and bookmakers.

With a heavy stigma already surrounding these companies, their marketing and PR teams very much have a tongue-in-cheek attitude when it comes to their advertising campaigns... Because really, how much worse could public opinion already be about them, and you know what they say? Any press is good press!

In 2005 a woman named Karolyne Smith, from Salt Lake City, USA made the truly bizarre decision to auction off her forehead to any company willing to pay $10,000 for the prime permanent advertising space. Well-known online casino Golden Palace (who were already known for bidding on weird and wonderful online auctions with over-the-top bids).

The casino smashed Ebay's "Buy It Now" button to secure Smith's forehead before any other big brand could take advantage of this once-in-a-lifetime PR opportunity. According to news reports from the time, the tattoo artists at the parlour where she was having the work done spent a total of 7 hours trying to talk her out of the stunt.

As a result of the tattoo, Smith became somewhat of a local celebrity (as well as a viral hit on the internet), her move ultimately persuaded Canadian Brent "the Human Pincushion" Moffatt and Scottish woman Angel Brammer to sell body space to Golden Palace in exchange for cash.

In 2019 English football club Huddersfield Town shocked the sporting (and advertising) world when they announced their brand new kit for the 2019/20 football season. Usually, most kit reveals go without so much as a hitch, however, this one wasn't quite the same... The offending kit featured the Terriers classic blue and white vertical stripes, however, atop these stripes was a sash that carried the log of popular bookmaker and casino Paddy Power.

Huddersfield wore the kit during a pre-season friendly against Rochdale, and it wasn't long before the FA came knocking. It was ruled that the terriers had broken advertising guidelines set by the sporting body that stipulated a sponsor could only be on one single area on the front of a shirt.

Not long after, having caused a huge media storm, Paddy Power revealed that it was, in fact, all a hoax, they immediately removed their branding from the kit, announcing the launch of the "Save Our Shirt" campaign. The popular campaign hammered home the message that "football shirts aren't billboards" and they called on brands (including competitors) to stop plastering football shirts with their logos.

One of the least offensive, and most creative campaigns a casino has pulled off in the last decade, Italian casino Casinò di Venezia decided to turn the baggage claim belt into one giant roulette wheel at the incredibly busy Venice Marco Polo Airport.

The wonderfully simple move paid off massively for the brand, as most people passing through the airport spent at least a minimum of 10 minutes waiting for the luggage to land on the belt and arrive at their feet, so there was plenty of time for them to take in the giant ad.

As a result, the number of visitors to the casino increased by 60% since the stunt, and many visitors were even placing bets on the number their bag came in on, with one player reportedly winning $7,000 as a result.

In 2012 London commuters were given a serious shock as they emerged from Tube Stations during the morning rush hour, as a 50ft bright yellow rubber duck aimlessly floated down the River Thames. The duck made a peaceful voyage through Central London, through the financial district Canary Wharf and down past the Tower of London.

There was absolutely no branding on the rubber duck whatsoever, and there was no immediate indication of who had set the bird on course. Later on in the day, Bingo website Jackpot Joy announced that was them who had pulled off the massive stunt as part of their latest campaign 'the FUNdation bursary', which awarded randomers with cash to be spent on having more fun.

A representative from the company said: "We wanted to do everything we could to cheer up the nation in time for the festive period, so what else could we do but release a 50ft high, 60ft wide inflatable duck onto the River Thames?!"

In 2007 online casino Gnuf announced what would be the 'Worlds greatest dice roll'. The casino asked players to bet on which numbers would appear, and how long two giant dice would take to roll when they were dropped from a great height down a literal mountain.

Using a specially-designed helicopter made to work in extreme conditions, Gnuf air-lifted two huge dice, each over two meters tall, weighing half a ton and dropped them over a steep snow-packed slope in the mountains outside Nuuk, Greenland.

As well as winning money as a result of a correctly guessed dice roll, players could also win an all-expenses trip to Greenland! Not bad eh?

Picture the scene, there are just 10 minutes left in a crucial Euro 2012 Group B game between Denmark and Portugal, the Danish are 2-1 down and out of nowhere talismanic striker Nicklas Bendtner pops up with a late equaliser! During his celebration, he drops his shorts to reveal that he's wearing bright green underwear displaying the logo of cheeky bookmakers Paddy Power.

As a result of this unorthodox celebration, Bendtner was handed a costly €100,000 fine from FIFA for the act. However, Paddy Power kindly stepped in to cough up the fine on behalf of the player.

Speaking about the incident, a Paddy Power spokesperson said: We pride ourselves on listening to our customers and what we heard loud and clear yesterday was that Nicklas Bendtner should not suffer as a result of Uefa's double standards.

"We don't believe that Nicklas should be penalised for nothing more serious than wearing his lucky underpants which in fairness was only a bit of fun."

Back in 2014 Australian betting giant Sportsbet managed to upset an entire religion as part of their FIFA World Cup marketing campaign. The bookmaker sent a giant 46m inflatable replica of the famous Christ the Reminder statue high into the sky above Melbourne, however, the inflatable Jesus was wearing a Socceroos kit with the Sportsbet logo emblazoned across it along with the hashtag #KeepTheFaith.

Church groups across the country reacted with outrage at the scandalous move, saying that it was offensive to most of the Christian community and that it was truly offensive that Sportsbet was making hundreds of thousands of dollars from the free media coverage the stunt generated.

A Sportsbet spokesman responded to the anger with the following statement: "We’re actually supporting the Socceroos and asking fans to #KeepTheFaith as we need some divine intervention to progress in the World Cup."

As the 1998 FA Carling Premiership (now the Premier League) was coming to a close it looked as if Manchester United had all but wrapped up the title with a comfortable 12 point lead on their nearest rivals Arsenal. So confident of seeing his beloved Red Devils lift the title, lifelong United fan and owner of Betfred, Fred Done opted to generously pay out all bets that predicted Manchester United would win the league.

Naturally, this didn't go to plan. Arsene Wenger's Arsenal side enjoyed a late surge in the last few games of the season and pipped Fergie's side to the title, spelling costly disaster for the Salford-born billionaire. When asked about the gaffe Done said: "It looks like I'm going on holiday to Butlin's rather than the Bahamas."

You'd think lightning wouldn't strike twice, but in 2012 Fred pulled the exact same stunt again, paying out on Manchester United to win the Premier League title with seven games to go... Yeah, you guessed it, Manchester City sealed their first-ever Premier League title in the most dramatic of fashion thanks to a late late goal from legendary striker Sergio Aguero.

Sportsbet weren't the only bookmakers to get in trouble for a risque marketing campaign during the 2014 FIFA World Cup in Brazil. The cheeky chappies at Paddy Power posted a picture of the Amazon rainforest that had been made to look like Paddy Power had chopped thousands of trees down to spell the phrase C'mon England PP, of course, as most things are with Paddy Power's campaigns, this was a hoax.

The faked picture was leaked on the dark web by an advertising agency and over time the story made its way into the public eye via social media. After taking plenty of flack from gullible people and media outlets the bookmaker came out and reassured people that (in their own words) 'they didn't give the Amazon a Brazillian'.

In fact, Paddy Power advised the tens of millions of people that had seen the campaign on social media to head over to the environmental charities they were supporting and donate some money to a good cause to save the rainforest!