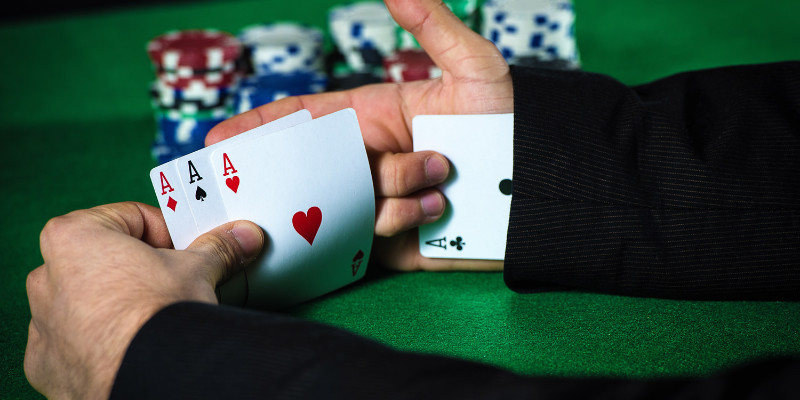 A definitive list of tricks, cheats and cons pulled off by gambling's shadiest characters

History is full of unscrupulous cheats, villains and frauds... There's certainly no shortage of them when it comes to the world of gambling, all looking to con the casino in the pursuit of easy money, whether that be in-person at a table, or whilst betting online.

If you've come across this article in the hopes of finding a way to cheat online slots, we're afraid you'll be disappointed, all of the best online slots are engineered to be unbreakable. They're programmed to pay out at a specific rate and are rigorously tested by external bodies and must comply with regulators technical standards and requirements.

In this article we'll look at some of the most common methods cheats have used to defraud casinos and bookmakers, we'd highly recommend you avoid trying to pull off any of these yourself as they could land you in some very hot water.

The most common and well-known methods of cheating

Below you'll find our definitive list of tricks, cheats and cons pulled off by fraudsters, these are methods that have been used successfully (and unsuccessfully by some) at one time or another in physical casinos, private card games, online and during sporting events.

Put simply, past posting refers to when players place a bet after the outcome of the bet is known, or is roughly known. The best example of this is in roulette, where players will use misdirection to distract the dealer and anyone else at the table so that they can place additional chips on the table. Whilst using this method the easiest places to place bets are on red and black, as they are usually the closest segments the reach.

Players may also place high-value chips at the bottom of a pile, slightly sticking out. This way they can use sleight of hand to pull or push it from under the tower of chips and into another position on the table. This is an incredibly risky method of cheating and requires plenty of skill to do properly, one wrong move and the gig is up.

Created by famous cheat Richard Marcus, this roulette trick is one that can only ever be pulled off by those who can act. The move sees the player act drunk, struggling to put a glass of alcohol on the table. They'll then place a bet of £1005 (or any bet with a denomination of five), the £5 chip will be on top of the £1000 chip. If the bet loses the player 'drunkenly' grabs their chips, naturally, the dealer will tell the player to put the chips back on the table, the player will return the £5 chip that was on the top, but not the £1000 chip that was on the bottom, meaning they'll only lose £5 as opposed to £1005.

The high-value £1000 chip is placed firmly underneath the £5 chip before it's even placed on the roulette table as the security camera will not notice it being placed, nor will the dealer if there's enough going on. Of course, this cheat is only really worth it if players can register at least one winning spin, especially as it can only be pulled off a couple of times before players are removed from a table for consistent interference.

Card counting is without a doubt the most well-known gambling cheat of all time, the mathematical strategy has been portrayed in famous Hollywood movies such as The Hangover, 21 and Lock Stock and Two Smoking Barrels. Card counting is when players keep a mental tally of the cards that have been pulled by the dealer as they work through the deck, this way they can correctly anticipate what cards are more likely to come up later on.

It's not a fool-proof method, but if you've got a solid memory then this is a great way of increasing your odds of winning by about 1%,... Be warned though, whilst it's not illegal if a casino suspects you of counting cards they'll likely remove you from the table and ban you from the casino. Most successful card counters fly under the radar by moving from casino to casino and keeping their bets at a reasonable and consistent stake.

A common and brazen cheat players try and pull off whilst playing poker is card marking. Card marking is the process of altering certain cards so that they're apparent to the person who originally marked them, this way they can easily distinguish high-value cards that their opponents are be holding. Common marks include making small pinprick bumps in the card, lightly bending a corner or adding a small visible mark to the back of the card.

Advancements in technology have meant players can be more cunning with their methods of card marking, this includes using special ink to make a mark on the back of cards, this ink can only be seen when wearing special glasses or contact lenses. In Las Vegas and other popular gambling locations, casinos will punch holes in the cards they sell as souvenirs so that cheats can't return to the casino with them and attempt to use them in a real card game.

A simple cheat, collusion is where two or more players work together in order for one of the two players to win as much as they can whilst playing poker. This method will usually see players use hand signals to give each other the information on their hands, or what moves to make. Collusion can also see players 'whipsaw' where the colluding players constantly raise each other, pushing the others out of the hand so that one of the two players takes the entire pot.

Nowadays collusion can be considered more of a problem when playing online poker as the operators have no way of knowing whether two players at the same table are talking to eachother over the phone or via message. That being said, patterns do usually appear after a while and advanced software can detect and prevent players from continuing to collude.

One of the most unique and expensive forms of cheating is courtsiding, some might call it a strategy others will call it highly unethical. Courtsiding is when two players take advantage of live betting options offered by most sportsbooks, mainly on tennis. One player will sit at home in front of a computer watching the live betting options on a specific tennis match, whilst the other player will physically be at the court hosting that game (such as Centre Court at Wimbledon or Court Philippe-Chatrier at Roland-Garros).

The person sitting courtside will either be talking to or messaging the other person via mobile phone, telling them who has scored points within seconds of it happening. It's up to the player at home to place a bet on the next point scored as quickly as possible before the casino has updated their live betting odds to reflect that points have been scored.

This is another method of betting that isn't technically illegal, but it's highly frowned upon. It's possible (but difficult) to do this method solo, most people doing so will bet on quiet, lesser-known tennis matches where they've identified an umpire that's particularly slow at making calls. Courtsiding can also be done on other sports, but it's much more difficult.

Some players will simply collude with shady characters that already work at the casino... Over the years there have been dealers at roulette tables who have used radio transmitters and magnetic balls to ensure that the ball will always land within a certain section of the roulette wheel, others have colluded with blackjack dealers to ensure that they come out on top. In the case of the latter, the dealer might ignore past posting, card counting and could even indicate to players what the value of their hole card is.

In one particularly sophisticated case, Reid McNeal hit a $100,000 Keno jackpot at Bally's Park Place Casino in Atlantic City after his friend Ron Harris, a computer programmer working for the Nevada Gaming Control Board identified bugs and flaws in the software, telling McNeal how to trigger the jackpot by inserting a precise sequence of coins into the Keno machine.