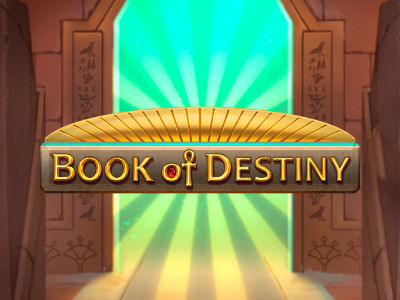 Book of Destiny is a 5-reel, 10 payline slot that marks the debut of Print Studios (with the help of Relax Gaming). This Egyptian-themed slot gives players the unique opportunity to pick their own expanding symbol ahead of playing the game's free spin bonus feature. In addition to this players can play a special Destiny Gamble mini-game to receive even more expanding symbols... With some luck, players can potentially win up to 5,000x their stake playing this 'Book of' slot.

Upon triggering the feature players are then taken to a screen where they must pick a symbol of their choice to become an expanding symbol during the entirety of the bonus feature.

If they would like to try and get their hands on more expanding symbols they can do so by playing the Destiny Gamble game, which sees them spin a wheel of fortune. Players can continue playing until they've won themselves 3 expanding symbols in total. 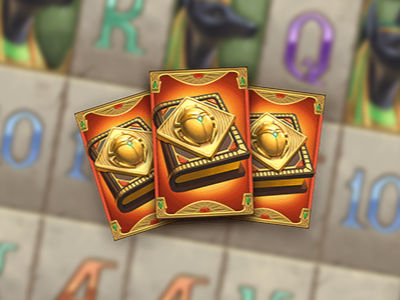 Players can trigger Book of Destiny's free spin bonus feature by landing 3 scatter symbols anywhere on the reels in a single spin. 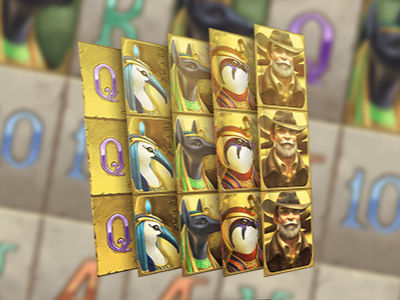 Once players have triggered the free spins bonus feature they must pick a random symbol of their choice to become an expanding symbol for the duration of the bonus. 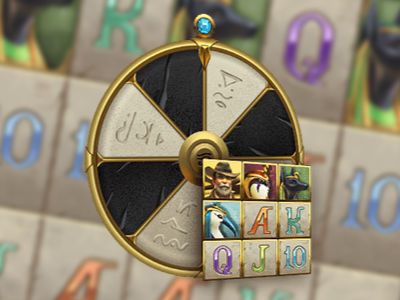 Players always receive one expanding symbol during the free spins bonus, but they can gamble on a wheel of fortune mini-game in an attempt to receive up to 2 additional expanding symbols.

Book of Destiny is a 5-reel, 10 payline slot which just so happens to be the first-ever slot created by Print Studios, created alongside industry veterans Relax Gaming. The main pulling power of this Egyptian-themed slot is the free spins bonus that tasks players with choosing their destiny by picking a special symbol that will expand whenever it appears in a winning combination during the feature.

If we're being completely honest it's hard to get excited about Egyptian-themed slots in this day and age, because quite frankly every online slot developer under the sun has created one of their own, especially ones that follows the tried and tested 'Book of' format.

We're always extremely complimentary about Relax Gaming and the games they put out, however, we have to say we were underwhelmed by Book of Destiny. This 5x3 is nothing new by any stretch of the imagination... The reels are adorned with gold trim whilst the symbols are set upon limestone blocks that Pyramids are famously built from.

Low paying symbols are 10, J, Q, K, A whilst high paying symbols to their credit are beautifully drawn characters from ancient Egypt: Anubis, Thoth, Horus and an old Indianna Jones-inspired explorer. The game's scatter symbol also acts as a wild, this is of course the Book of Destiny.

In terms of the game's soundtrack, you know exactly what you're getting before you've even loaded this slot up... That ever-present dramatic Egyptian-inspired tune that all 'Book of' games features.

There's very little for players to wrap their heads around when playing Book of Destiny, as 'Book of' games are usually pretty self-explanatory and feature very little in the way of confusing mechanics.

All of the buttons such as stake selection, spin, autospin and the game settings can be found bunched up together in the bottom right-hand corner of the game screen... That's all there is to it!

Whilst this high volatility slot has a pretty average win potential of 5,000x the player's stake, it does feature a pretty good RTP of 96.50%... So there are definitely opportunities to pick up some big wins, however, they'll mostly (if not always) come by way of the free spins bonus once some of those expanding symbols come into play.

To put it frankly Book of Destiny is a cutter cookie Egyptian themed slot that's saved by a genuinely enjoyable free spins bonus feature, the ability to pick your own expanding symbol really makes a difference here.

It certainly lacks in originality, but it's not the worst slot of its kind by any stretch... If you're into 'Book of' slots then you'll be absolutely fine playing this!

Play Book of Destiny now at the following verified online slot sites. These slot sites have been thoroughly audited and reviewed by us to ensure they offer an exceptional user experience, are trustworthy, safe, secure, and boast the best variation of online slots in their portfolio including Book of Destiny:-

Enjoyed Book of Destiny? Here's a handful of similar slots we think you'll like too. These online slots have been chosen based on features and themes similar to Book of Destiny. You might also want to check out other Relax Gaming slots.