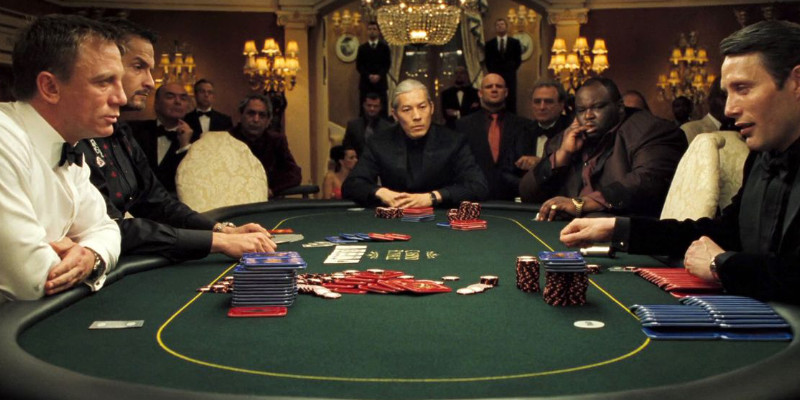 Our favourite fictional characters that love a punt

Gambling has been around for hundreds, if not thousands of years and has always been ingrained in our culture in some way or another... So it comes as no surprise that a handful of our favourite fictional characters from television and movies have a thing for gambling in one form or another. Below you'll find a comprehensive list of our favourite TV and movie characters that you wouldn't be surprised to find placing a wager or two! 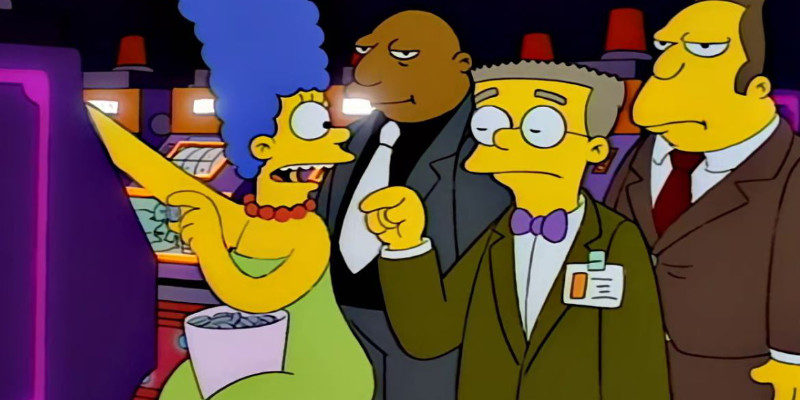 On December 16th, 1993 an episode of The Simpsons called $pringfield (Or, How I Learned to Stop Worrying and Love Legalized Gambling) aired on television for the first time. This episode saw Mr Burns open a brand new casino to help revitalise the famous town's economy.

During this episode, we see Homer hired by the casino and become a blackjack dealer. On a visit to see her Husband at work Marge finds a quarter, places it in a slot machine and manages to win on her first spin, she subsequently becomes hooked on the machines.

With her gambling spiralling out of hand Homer steps in and thankfully manages to talk Marge out of her habit... Years later gambling comes back into Marge's life when she learns to count cards in order to win enough money to save Springfield's church in the 2015 episode Sky Police. 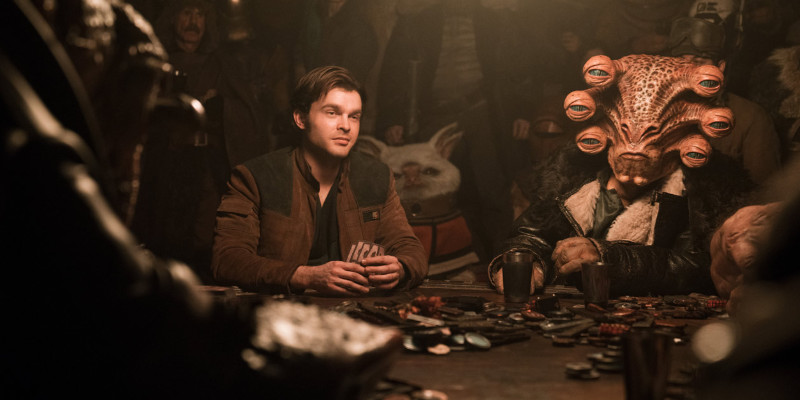 If you're a Star Wars fan you'll have heard the story of how legendary gunslinger Han Solo got his hands on the Millennium Falcon, if you haven't heard it then let us explain... Years and years before the events of the very first Star Wars movie Han Solo found himself on the jungle planet Numidian Prime, a haven for thieves and shady characters.

In dire need of a ship Solo found his way to a secret outpost where he came across Lando Calrissian, a smooth-talking smuggler and card shark. Han ends up losing everything to Lando in a game of "Corellian Spike" sabacc, however, in doing so he realises that Calrissian had been cheating by hiding a card in a device under his sleeve. Later on, Han slyly steals the cheating device and asks for a re-match.

Lando is unknowingly played at his own game, loses and relinquishes the Millenium Falcon to Han Solo, the rest is history, 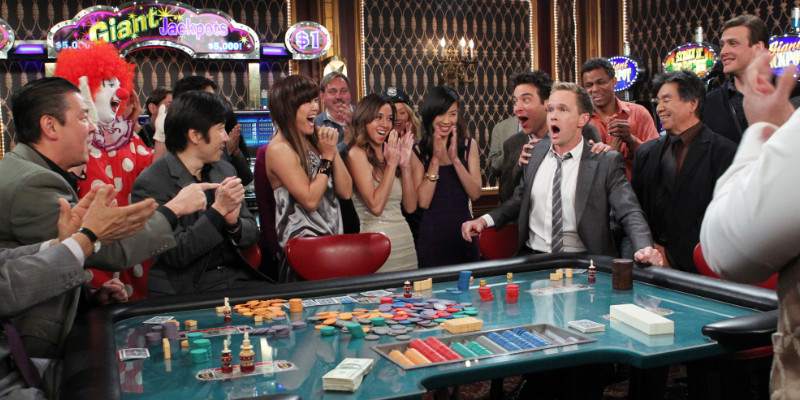 Barney Stinson is one of the most beloved characters in the iconic American sitcom How I Met Your Mother, but did you know that the ladies man has a passion for gambling? Even if it hasn't served him well over the years.

There are two episodes in which his gambling problems come to light Atlantic City and Monday Night Football. It was revealed in these episodes that his gambling habits were so bad that he'd practically gamble on anything, and at one point he lost his entire life savings by playing an incredibly complicated (made up) Chinese casino game called Xing Hai Shi Bu Xing.

Barney also had his very own tongue-in-cheek guide to gambling in which he explained how to best play blackjack, roulette and craps... He even covered online slots within the guide, however, all he had to say about them was "Heh. Slots". 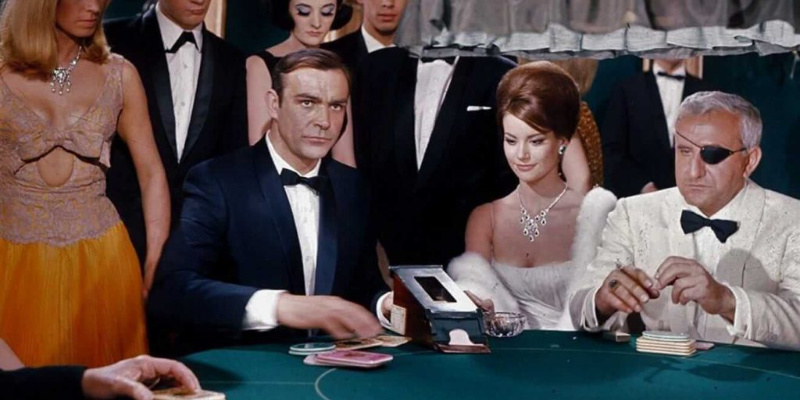 Anyone who has watched a James Bond movie will know that 007 loves a wager, the charming British spy is known for being an expert Baccarat player. Bond can be seen playing the popular casino game in Dr. No, Thunderball, On Her Majesty's Secret Service and GoldenEye.

That's not where his gambling ends though, he's also a keen (but not so successful) craps player, as seen in Diamonds are Forever. In the aptly named 2006 movie Casino Royale, it's also revealed he's also a pretty astute Poker player, winning a cool $115,000,000 against terrorist financier Le Chiffre in a game of high-stakes Texas Hold'em. 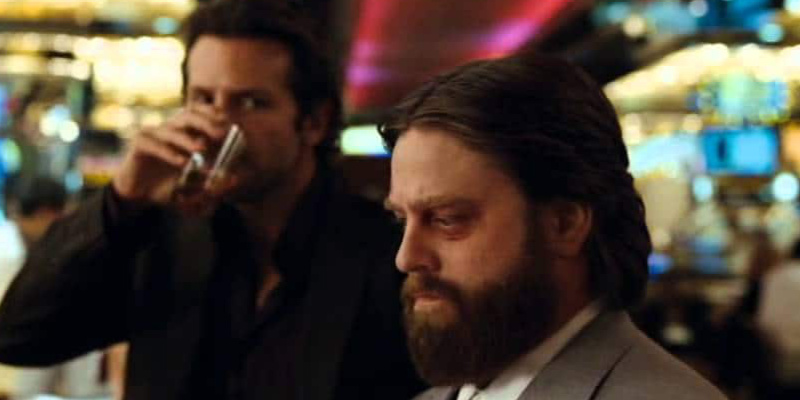 Let's be honest, everyone's favourite character in The Hangover movies is Alan, the goofiest guy in the gang. In this classic comedy buddy movie Alan drugs his friends in the hope that they'll have a great night, however, he unknowingly gave them Rohypnol meaning that the night was a complete write-off, with none of them remembering anything that happened.

During their blackout they managed to kidnap quirky gangster Mr. Chow, losing $80,000 worth of casino chips in the lead-up. Angry, Mr. Chow takes their friend Doug until they've recouped his lost money... Later on in the movie after plenty of hijinks Alan reveals he's read a book on counting cards, he heads off to hit the Las Vegas blackjack tables where he manages to make enough money to get him back.