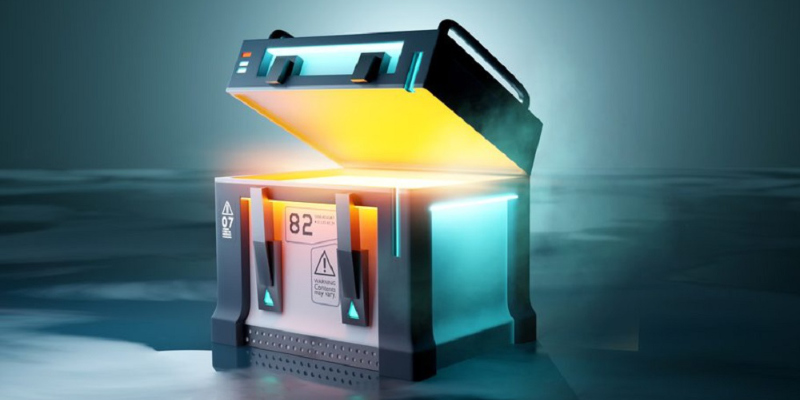 With the growth of loot boxes, the world debates whether they should be classed as gambling

The topic of loot boxes are controversial, leading many different people to form their own opinions about them. One thing that is certain, is that they are growing in size leading to various governments across the world getting more concerned about them.

So what is a loot box? Ultimately, it’s an item in a video game that can be bought with in-game currency that is purchased by real game cash. Players are taking a gamble as they have no idea what is inside and only know once they have opened up the box.

These boxes could contain skins to change their appearance, new weapons or even new characters to enhance their gameplay. Of course, loot boxes are different to DLC (downloadable content) or expansion packs as players know exactly what they are paying for in this instance.

After many stories of vulnerable people and children spending thousands on loot boxes, Belgium decided to ban them entirely and they are set to be thoroughly evaluated in the UK this year with the upcoming Gambling Act review. A study at the universities of Plymouth and Wolverhampton found that loot boxes are “structurally and psychologically akin to gambling.”

In the current climate, there are no age verifications or extra restrictions on loot boxes meaning that people of all ages can potentially buy these. This is why people are so torn up about loot boxes and are questioning if they are actually gambling.

The origins of loot boxes stem from the randomised loot drop systems in early video games such as massively multiplayer online role-playing games (MMORPG) or free to play games. One of the earliest examples of a loot box comes from the Chinese free to play game ZT Online that used loot boxes to monetise their game in 2007.

In the West, it took a few more years until video games properly started incorporating loot box microtransactions. After the incredible success of Farmville and other social-network games, developers decided to see how it would work in mainstream titles.

Fifa 09 was one of the first to use loot boxes in a video game format with players creating a team of footballers from in-game card packs which they either earned in-game or paid for through microtransactions. These packs were randomised and led to loot boxes becoming increasingly popular.

Team Fortress 2 followed the trend in 2010 with loot boxes but changed the game to be free to play in order to gain more players. With the increased profits, it’s no surprise that loot boxes grew to the titan that they are today with big titles such as Call of Duty, Halo, Battlefield and many more adding them to the game. Despite the growth of loot boxes in popular games, controversy has always followed the mechanic.

As previously mentioned, a variety of studies have been conducted and have shown a distinctive similarity between gambling and loot boxes. The Gaming and Gambling Report commissioned by the GambleAware charity found twelve of the thirteen studies within this report established an “unambiguous” connection link to problem gambling behaviour.

“We have also demonstrated that at-risk individuals, such as problem gamblers, gamers, and young people, make disproportionate contributions to loot box revenues," states one of the report’s authors Dr James Close. Worryingly, 40% of the children who played video games in the study purchased loot boxes and this is only a small sample.

Even the House of Commons has stated that loot boxes should be classed as gambling and therefore be regulated like the rest of gambling activities (such as online slots are). Players essentially pay for a random outcome with no guarantee what they’ll get - it could be brilliant or mediocre - but they take a risk with loot boxes. Gambling is described as betting or staking something of value with no certainty of what will happen - this is what loot boxes essentially do.

Whilst many studies have found a link between loot boxes and gambling, loot boxes give players virtual objects every time one is purchased. So, what makes a loot box any different to a pack of trading cards? Under the definition of gambling, trading card packs such as Pokémon and Yu-Gi-Oh are classed in the banner as there is no guarantee what customers will get in a multipack.

Trading cards have been a popular form of entertainment for children and adults for decades with random cards being placed in chewing gum in the 1950s. There is no guarantee that the consumer will get the card they desire, but they ‘wager’ for the risk of getting something they want. As far as society is concerned, trading cards are definitely not gambling - yet they are purchased just like loot boxes.

The vice president of EA Games, Kerry Hopkins, firmly stands with the belief that loot boxes aren't gambling as they compared loot boxes to buying items such as Kinder Eggs and other collectable items. Instead of seeing loot boxes as gambling, they “think it's like many other products that people enjoy in a healthy way, and like the element of surprise."

The future of loot boxes

It's hard to deny that there are some similarities between loot boxes and gambling but it's not as linear as other forms of gambling. Whilst there is no certainty for what players can get by buying a loot box, there is often a promise of a virtual item - even if it's a low valued item. All of the potential items in the loot box are listed and you are guaranteed to get at least one.

The real issue comes with the fact that loot boxes aren't regulated enough, so it's fairly easy for people to buy them repeatedly online and for vulnerable people to fall into bad habits. Of course, loot boxes use similar tactics to online casinos in the form of incentivising players to buy more boxes to gain a free one (just like free spins) which could be part of the reason why people akin loot boxes to straight gambling.

Despite this, countries across the world have yet to define loot boxes as gambling - but many are reviewing the process. New Zealand, France and Poland have stated that loot boxes do not fit their legal definitions of gambling, but they are prepared to review their definitions to fit changing circumstances.

Perhaps, time will tell as to if loot boxes are defined as gambling, but many countries are debating this issue heavily. The Gambling Act review will be released in the UK later this year, so it'll be revealed in due course as to what they legally have to say about loot boxes and whether they'll be classed as gambling.