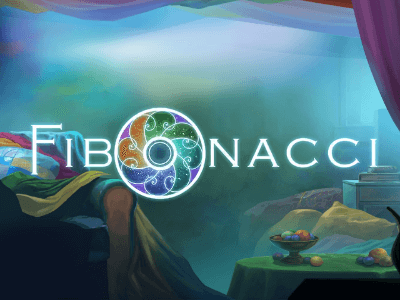 Enter the magical and mysterious world of Fibonacci. Developed by the notorious BF Games, this slot features 3-reels and only a single payline.

Impressively, the game only really has one major feature - the Gamble mechanic to double your winnings. It’s a simple and easy game that any slot enthusiast can pick up and play.

Jump straight into the action and play Fibonacci now at the following fully licenced UK slot sites. These slot sites have been thoroughly audited and reviewed by the team here at Slot Gods to ensure they offer an exceptional user experience, are trustworthy, safe, secure, and boast the best selection of online slots in their portfolio including Fibonacci...

Whilst most online slots boast of a huge amount of features - Fibonacci is the opposite. The gameplay and features are as straightforward as you could get in an online slot. Whilst it may lack free spins, wilds and re-spins - it manages to include a gamble feature to multiply your winnings (check with your chosen casino first to make sure that it’s enabled).

As crazy as it sounds - Fibonacci only has 1 payline! All you have to do is catch 3 symbols on payline. It can be 3 of the same or 3 different ones.

One of the only objectives you have is to land 3 cards on the payline. That’s all there is to the gameplay - meaning it’s easy to pick up and play.

The biggest feature Fibonacci has is the chance to double your winnings after you’ve won on the payline. You can win up to 400x your stake if you manage to gamble after winning on the orange symbol.

Named after the Fibonacci sequence of numbers where each is the sum of the two preceding ones, this slot features 3-reels and only a single payline. It’s developed by BF Games and designed to be all about spinning and winning.

Instead of having a mathematical theme to go with the name, the developers decided to create a magical aesthetic to lead you into the mysterious world of Fibonacci. Without complicated features and gameplay, anyone can pick up and play Fibonacci.

Whilst the gameplay and features are simple - the design is not. Like most of BF Games, this one looks visually stunning. As soon as you enter, you see an alluring woman to your left casting some magically spell in the background whilst a mystical book opens.

The book shows you the values of symbols on paylines and is done tastefully well. It’s all animated as well which gives it the extra detail needed to make it feel more authentic. Each of the symbols are 3 different tarot cards to decide on your future and what you win.

Soft ethereal music plays in the background whilst you spin the reels. Thankfully, it’s not too loud or invasive - instead it just sits in the background as you spin. That combined with the muted sounds on the reels will really relax players and allow them to enter this magical world.

There is not that much to learn with this game. As it only has 1 payline and 3-reels, it’s pretty straightforward. You have to spin and hope that the symbols line up. There aren’t any bonus rounds to complicate you or anything like that. Fibonacci is about as simple as it can get.

Like in most other BF Games, the menus are featured at the bottom of the screen with the spin button in the middle. You can set up to 100 autospins and even use the turbo button (if you are not in the UK). Everything is clearly laid out and even has text underneath just in case you struggle.

As most slot games go, an RTP above 96% is generally okay. Fibonacci has an RTP at 96.75% which is pretty good. That mixed with the medium volatility level make it a game that both veterans and new players can enjoy. You can even win on a payline if the symbols are all different which increases your chance of winning.

Of course, the maximum win potential is 400x your stake with the gamble feature. Base game players can only win up to 200x unfortunately. For a game that lacks in features, a bigger payout would’ve been more attractive.

On the surface, Fibonacci seems like a boring game but it’s a lot better than you’d think. It may be minimalistic in gameplay, but just focuses on the wins rather than the fuss around it. Sure, it could’ve been better in payout potential but the visuals and core gameplay are pretty solid.

It’s doubtful that Fibonacci will be a cult classic, but traditional gamers might enjoy the simple gameplay. If you love traditional fruit machine slots or anything magical themed, then you are sure to enjoy this.

Play Fibonacci now at the following verified UK slots sites. These slot sites are fully licenced and have been thoroughly vetted and reviewed by us to ensure they offer a great user experience, are trustworthy, secure, and have a wide variety of the best online slots in their lobbies including Fibonacci:-

Enjoyed Fibonacci? Here's a handful of similar slots we think you'll like too. These online slots have been chosen based on features and themes similar to Fibonacci. You might also want to check out other BF Games slots.