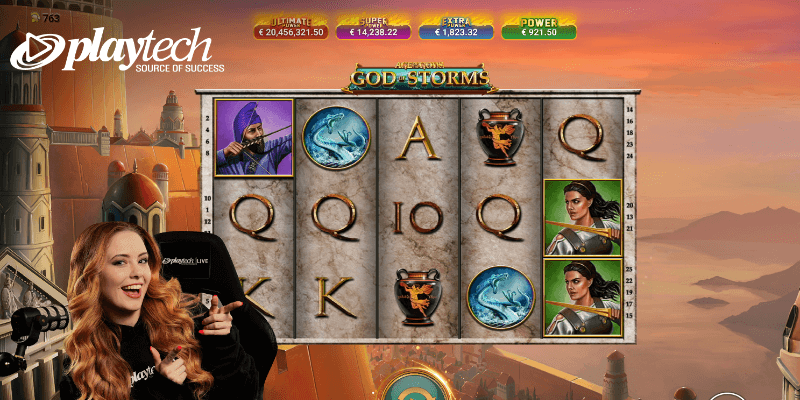 Do live dealer slots live up to the hype? Or are you better off playing traditional online slot games

Live dealer slots are a new addition to the online casino world that came about at the start of 2020 when renowned developer Playtech released Buffalo Blitz Live Slot to casinos worldwide.

This marked the first time that online slot games could be played socially, with other players from around the world, all from the comfort of your own home. This unique innovation attempts to make players feel like they’re part of something much bigger than just a simple online game.

Playtech took inspiration from their other successful live casino games such as Spin A Win Live, Quantum Roulette and Hi-Lo Live by introducing a charismatic presenter to lead their Buffalo Blitz Live Slot game. The presenter stands to the left of the reels and talks to players throughout the game, they’re called into action to kick-start the bonus round by pressing a large button.

The Buffalo Blitz format, whilst it is exciting, hasn’t exactly set the world alight like other Playtech live casino games that have a little bit more interaction, we’d put this down to the fact that the presenter can often feel like an awkward addition when there’s no interaction from the players themselves.

How do you play live dealer slots?

Essentially, live dealer slots are no different to your normal single-player online slot game. Before spinning you’ll set your stake (which sits at a minimum of 40p) and how many spins you want to make and then you’ll wait for the game to kick in.

Every single player around the world that is playing at the same time as you is locked to the same set of game reels, so if you win, they win. It’s this team mentality that you find in these unique casino games that essentially make them so popular.

Just like a single-player slot, there are valuable symbols such as wilds, and landing three scatter symbols across the reels will launch a number of free spins (usually 8) that can be lucrative for those playing. During free spin rounds, wilds can turn into multipliers and there’s the potential for re-triggers at any given moment.

The main difference between God of Storms Live and Buffalo Blitz Live is the focus on community. Playtech had obviously taken feedback on board regarding Buffalo Blitz’ awkward set-up and set-up their new game to feel just like a Twitch stream.

Here a presenter sat in a gaming chair appears in the bottom left corner of the game screen clad in headphones and talking into a typical streaming mic, much like a Twitch streamer playing video games would. It’s the presenters’ job to solely interact with the players in the live chat.

This change has proven to be hugely successful and many more players have flocked to try this new live slot instalment… Giving these players the opportunity to win one of four Age of the Gods progressive jackpots certainly helped build interest in the live slot genre as well!

Are live dealer slots worth playing?

Ultimately, we have to say… A great big yes! Live dealer slots are definitely worth a spin if you fancy changing up the way you play. This is an exciting, sociable way to play both Buffalo Blitz or Age of the Gods: God of Storms if you enjoy those games.

The live versions of these games are quite volatile, and with it being 40p per spin minimum then it’s only worth playing if you have to bankroll to sustain your play, because it 100% will eat away at your money, but when the bigger wins come in, you won’t regret stretching your bankroll that little bit further than you might normally.

It’s early days for live dealer slots, and it will be especially interesting to see whether Evolution step into the fray and bring out their own live slots to rival those owned by Playtech.