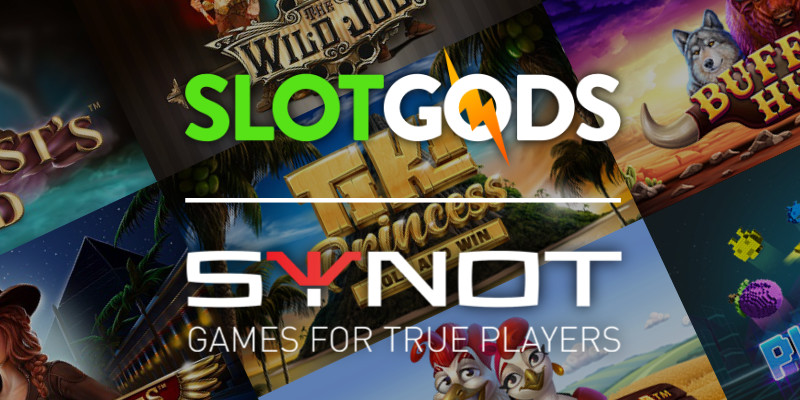 This partnership will see a number of comprehensive, bias-free reviews of SYNOT Games' most popular online slots arrive on our site in the coming days and weeks.

In addition to this, we'll also be sharing previews of all of their upcoming slots, as well as creating engaging video content that highlights everything the studio has to offer.

Who are SYNOT Games?

SYNOT Games are an International slot development studio based in the Czech Republic. Slovak Republic and Malta. They currently have over 100 members of staff and have released more than 60 online slot and casino games.

They were formed as part of the SYNOT Group back in 1991 by Czech entrepreneur Ivo Valenta, despite starting out as a modest lottery equipment firm they have grown exponentially over the last 30 years, creating and acquiring a number of successful businesses operating in more than 30 countries worldwide.

SYNOT Group is one of the Czech Republic's most successful and recognisable companies, not only do they work within the iGaming and betting industry, but they also run their own property management services, security services, car sales businesses, tourism and accommodation facilities and popular regional weekly newspaper and website DOBRÝ DEN S KURÝREM.

In addition to this SYNOT Group was even announced as the title sponsor for the top division of Czech football division the SYNOT LIGA in 2014, home of prominent European clubs Sparta Prague, Slavia Prague and Viktoria Plzeň.

Which SYNOT Games slots should you play?

In anticipation of the partnership, the reviews team at Slot Gods have been taking a close look at everything SYNOT Games has to offer and have identified a host of online slots that they believe are worth playing.

At the top of their list is Tiki Princess Hold and Win, a 5-reel, 20 payline slot that incorporates their newest feature, Hold and Win. In addition to this, the team have also identified four incredibly well-designed slots that caught their attention: Jack and the Mystery Monsters, Pixel Reels, Wild Circus 256 and Rock n Roll Rooster.

With such a heavily stacked roster of genuinely enjoyable slots we're quite sure we'll be digging much deeper in the not-so-distant future, so expect even more SYNOT Games slot reviews in the coming months.

Slot Gods Founder Pavlos Sideris spoke of his excitement surrounding the new partnership and predicts that SYNOT Games will become a very popular addition to the ever-growing review site, he said: "It's extremely exciting for all of us here at Slot Gods that SYNOT Games are on board as an official media partner.

"This is the first time we've linked up with a studio one-to-one in such a capacity, and hopefully the relationship can foster some exciting opportunities for both parties.

"We're really looking forward to showcasing SYNOT's fantastic catalogue of online slots and we know our readers will love their games just as much as we do.

Want to form a relationship with us here at Slot Gods?

If you are an online slot developer or aggregator and you want to get your games in front of our community of thousands of avid online slot enthusiasts, then get in touch with us today.