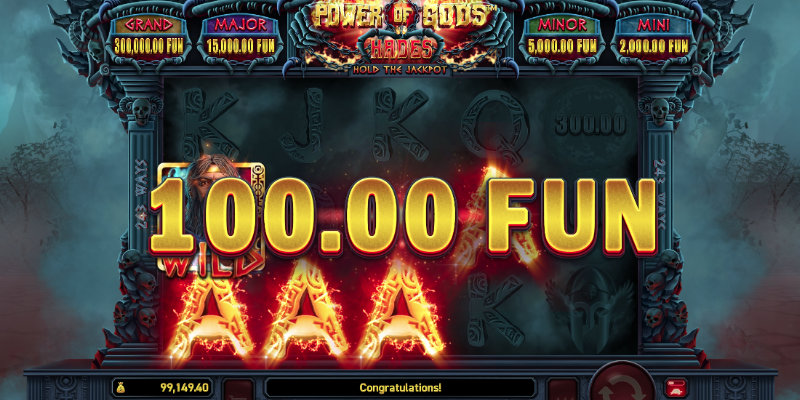 Demo and real play slots - How do they differ?

When looking for an online slot to sink your teeth into you'll often come across two different choices, demo slots and real play slots.

What are demo slots?

Demo slots are exactly what the name suggests, they're online slots that are free to play and pre-loaded with fake cash, offering players a chance to test the game as if they had unlimited riches at their disposal (every passionate slot player's dream!).

99.9% of the time demo slots are identical to their real money counterpart in every conceivable way so that players can get an accurate representation of what the game would be like if they were playing with real money.

The RTP, maximum win potential, volatility and bonus features will all be the same as the real money slot, as not to deceive players into thinking a game is better than it actually is.

What is the purpose of demo slots?

Demo slots are created for a couple of key reasons, first and foremost online slot developers create them to build hype and excitement around their upcoming slots.

The demo will give players (and slot sites who might host the game) the opportunity to try a new online slot and get a feel for it before it goes live... If the game demo proves popular in the build-up to the official release then there'll be a whole host of keen players ready to play it on release day.

The second reason developers create demo slots is to give players the opportunity to get to grips and learn the mechanics of an online slot before they actually invest real money playing it, demos also allow players to simply discover whether or not they actually enjoy playing the game.

There's nothing worse than playing a slot with real money and quickly realising that it's either too confusing or just not to your taste.

Where can you find demo slots?

Demo slots can be found in one of two places, sites like Slot Gods, where enthusiasts such as ourselves provide keen players with in-depth, high-quality online slot reviews that feature images, videos and most importantly an opportunity to try the game for themselves.

Alternatively, many online casinos will allow players to play an online slot game in either 'Demo mode' or 'Real Play' mode when players select a particular game in the casino lobby.

How do you know you're playing a demo slot?

Some slots will not make it overly clear that it's a demo slot, other than the fact that the balance is absurdly high (usually somewhere between 1,000 and 100,000).

Some online slots will display the word (FUN) after the balance, others will have a badge in the corner of the screen that reads DEMO, some developers such as Play'n GO and NetEnt will display pop-ups every so many spins that reminds players that they are playing a demo slot, there'll also be a button that prompts them to play with real money at the developer's nominated slot site if they so wish.

If you're playing an online slot demo somewhere other than an online casino that you're registered with, you should be asked to verify your age before you can first play the demo.

What are real play slots?

Real play slots are online slots that are played with your own real-life money! Any money that's lost during gameplay is lost forever, any money that's won is transferred to your casino account (and eventually your bank account) if you're lucky enough to experience a winning session.

Which is better - demo slots or real play slots?

Ultimately it's down to personal preference, both instances of the game are exactly the same, it's just dependent on your end goal.

There are players out there that purely play online slots for the fun of it, not needing to actually risk any money to truly enjoy the game! In reality, most casual online slot players have little interest in the inner workings of a game and just want to win, so they'll often play a slot without ever trying the demo.

Seasoned online slot enthusiasts are usually much keener to play a demo version of a slot before they ever risk their own money on a game, which is exactly what we here at Slot Gods would recommend doing. When it comes to risking your own money, it's always better to be prepared and knowledgeable about what to expect.